Tin tức
04/08/2022
Chia sẻ
In July 2022, there were many major events that directly affected the Crypto market. The biggest one related to the official bankruptcy of 3AC.

Summary of burning issues of the month

In July 2022, there were many major events that directly affected the Crypto market. The biggest one related to the official bankruptcy of 3AC. This result is predictable as assets of the 3AC fund were previously put into liquidation. 3AC is considered as a Tier 1 fund in Crypto market that operates in the form of investments in assets using the fund’s capital to bring profits to the fund. The 3AC also registers its business in the form of using capital from other investors to invest and then distribute profits to participating parties. 3AC also invests in various major technology projects in the market such as Solana, Starkware, DxDy, Sushi, Synthetix,... or other funds namely Multicoin Capital, Coincident Capital,...

After announcing bankruptcy, many lending/borrow platforms related to this fund have suspended users' withdrawals. Specifically, Celcius has stopped withdrawals, causing many investors to lose confidence in these lending platforms. At the same time, they also liquidated all assets into stablecoins to withdraw from the market and many other lenders also announced bankruptcy, such as Celcius, Voyager Digital.

Accordingly, on July 13, the annual inflation rate in the US accelerated to 9.1%, the highest figure since November of 1981, from 8.6% in May and above market forecasts of 8.8%, which has caused fear to investors. As a result, BTC price dropped from $20k to $19k1. 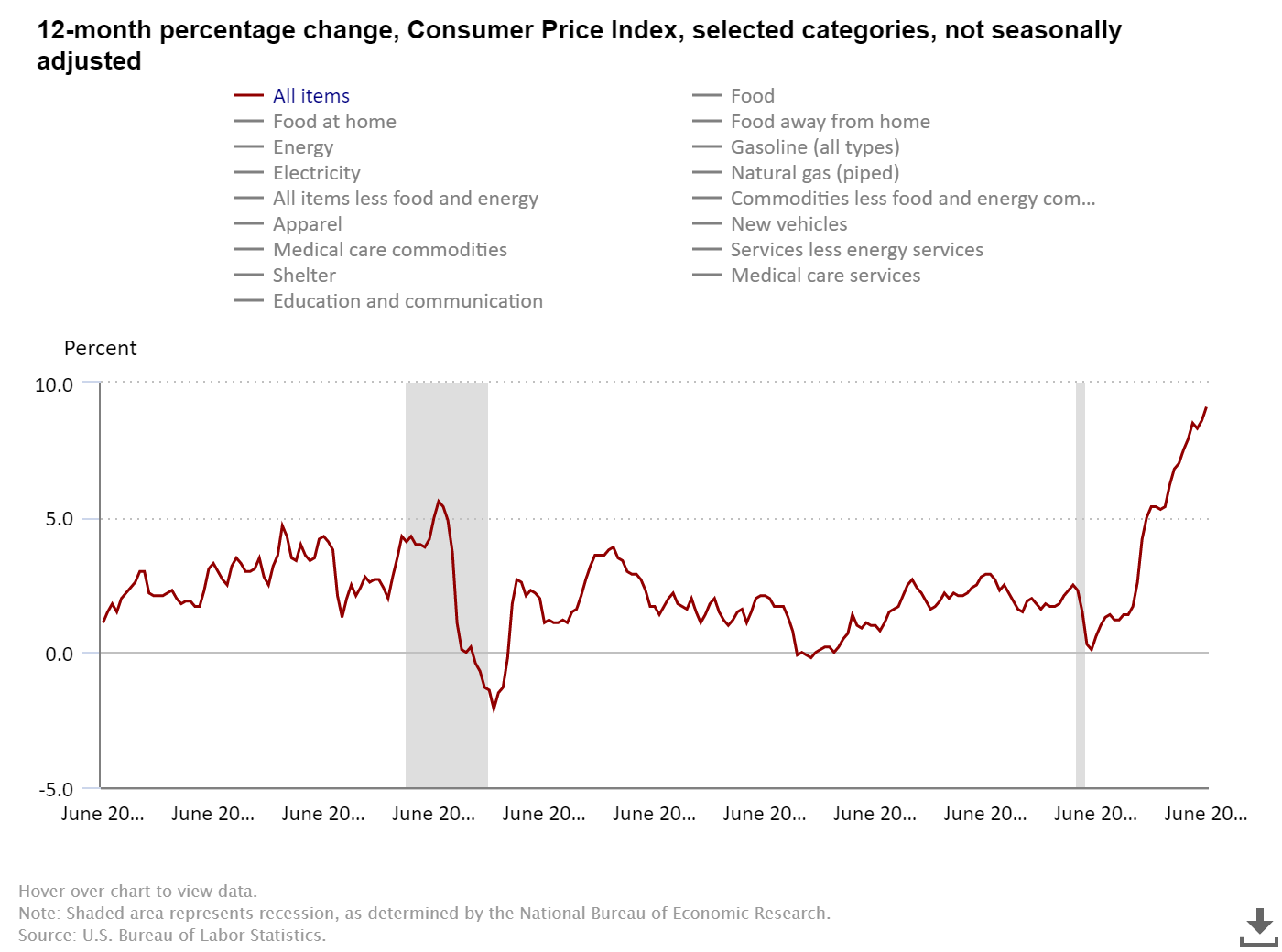 During mid-July, it was said that Tesla - the electric car firm - had offloaded 75% of its Bitcoin. This news also directly related to the market, however, was not a surprise as these kinds of incidents have happened before. Therefore, BTC price was not affected greatly.

Moreover, The U.S. Securities and Exchange Commission (SEC) is reportedly probing crypto exchange Coinbase (COIN), a publicly traded company it oversees, on suspicion it allowed U.S. persons to trade unregistered securities. This is Coinbase's biggest scandal related to this. 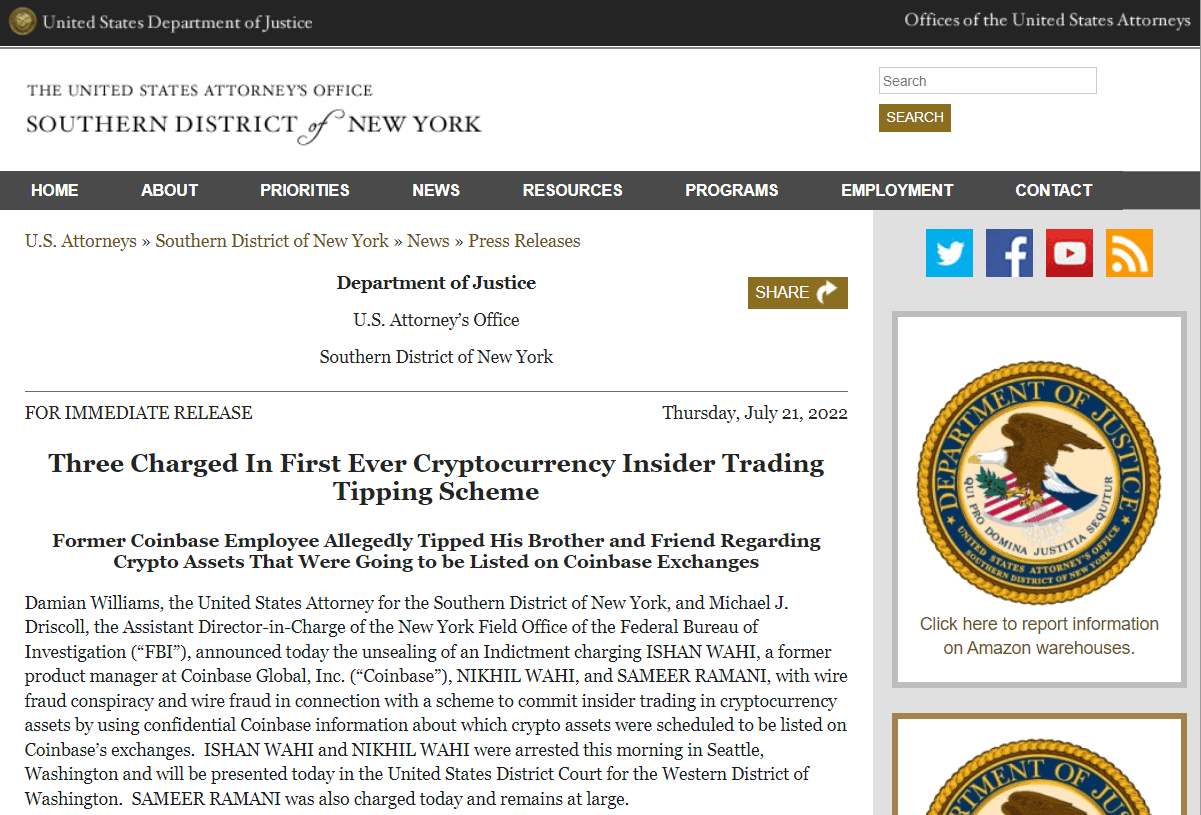 During the day, the biggest news was about the rising interest rates of the FED and Q2 GDP would reach a negative number (signaling an economic recession). According to many sources and definitions, when GDP in the two consecutive quarters reaches a negative number, the economy will be negative. The economy entered a recession.

Fluctuation of BTC, ETH, and Altcoins price in the week

At the beginning of June, the market was bleak due to a lot of bad news, leading to a slight decrease in the market. BTC price dropped from $20k to $18k7 and in the first 2 weeks BTC moved sideways in this area. The price of ETH is similar as it dropped from $1k2 to $900. This created a general fear of the whole market

As can be seen, rumours around financial companies and the impact of 3AC have caused an obvious decrease in the value of altcoins. For example, BNB fell to $212 or SOL decreased to $32.

However, from the middle of the month, when there was information ETH’s network would upgrade the roadmap, the market recovered gradually. The peak in the last week of July was the dizzying growth of low cap altcoins. Typically, Wing increased x10 within 2 days.

Followed by a lot of low cap altcoins simultaneously increasing from 30% - 100% in a short time over the past few weekends. Most of the strong growth coins in this round are related to Defi, Technology projects related to Layer 2.

Although the market achieved strong growth in the last days of July, the top coins of the platform still didn’t have many remarkable movements. Especially, the expectation that BTC will end the month candle at 24k at the end of July but this wasn’t achieved. As a result, in the early days of August, the price of BTC has tended to reverse and is now down to $22k8. Meanwhile, other altcoins have also dropped by 15-20% in the last session.

It is forecasted that in August, the market will have a correction, in addition to a lot of information relating to Zk Rollups, the birth of Polygon’s Zk EVM and the Atom ecosystem. This will probably be the main key that is able to help the market grow again in the near future. In the upcoming time, Bigcoin will go deeper into the analysis of Zk Rollups technology, Optimism and Atom ecosystem to look for potentials in the market. 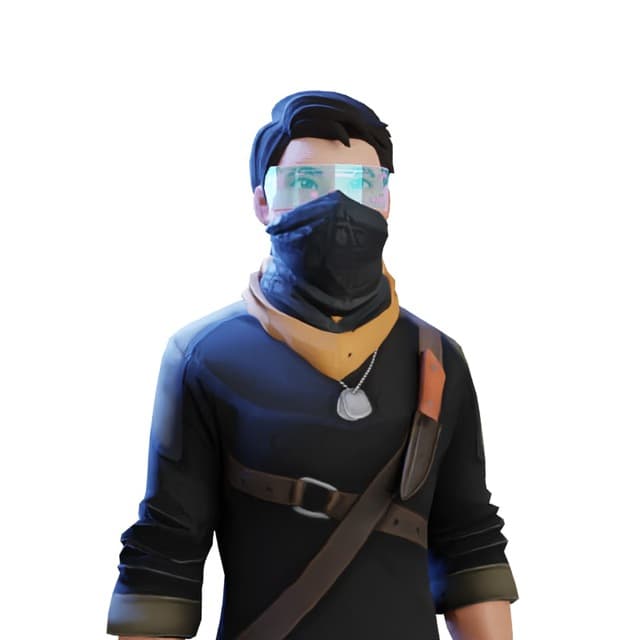